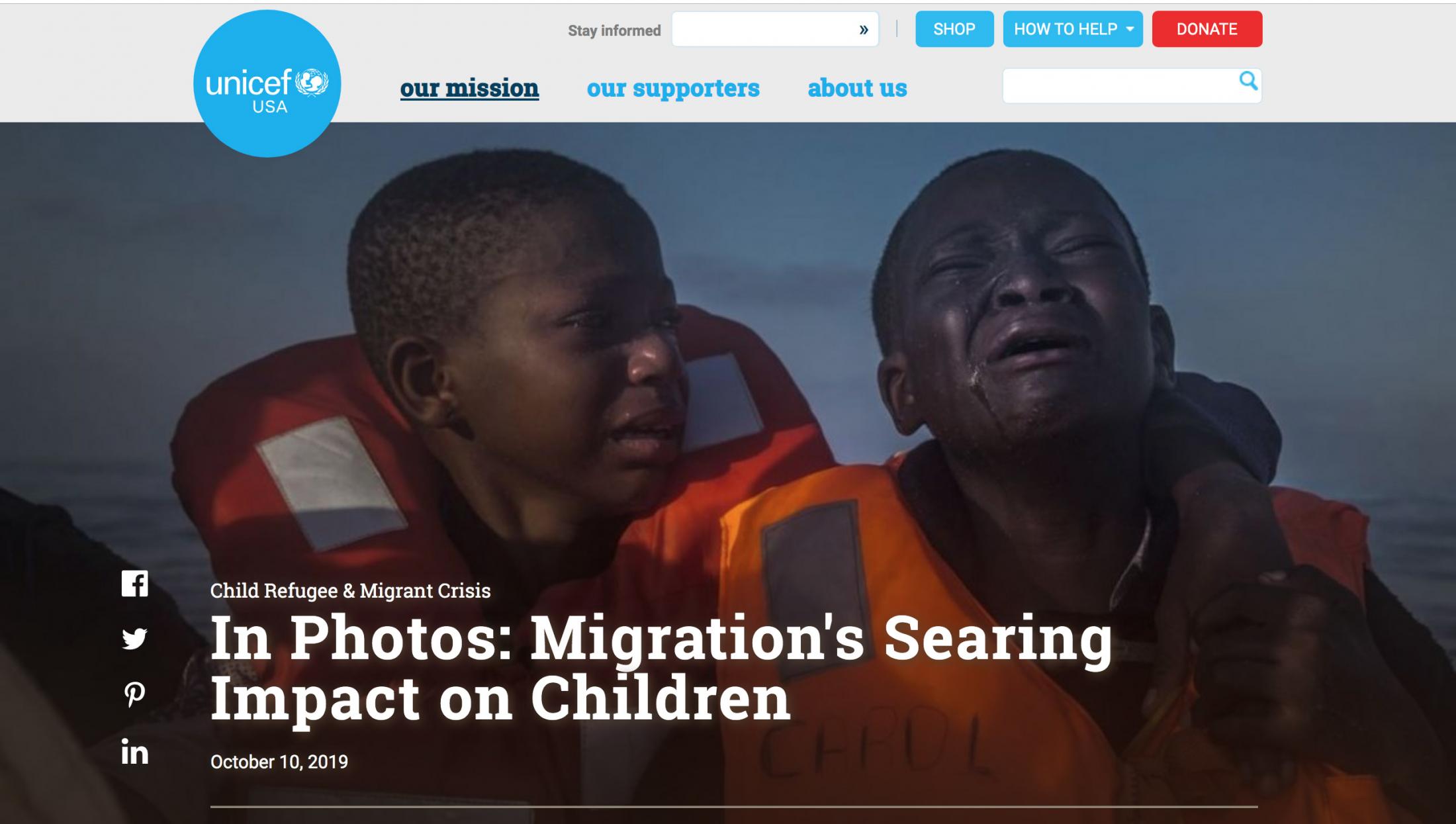 To mark the 30th anniversary of the Convention on the Rights of the Child (CRC), the World Press Photo Foundation and UNICEF jointly present an exhibition of photographs that illustrate the physical, emotional and psychological impact of migration on children around the world.
Chosen from images showcased in World Press Photo Contests from 2016 - 2019, the photos highlight the importance of protecting the rights of every child, wherever they are. Below, a selection from the exhibition, which is open to the public until November 30 at UNICEF House in New York City.
Top photo: An 11-year-old girl from Nigeria (left) comforts her younger brother aboard a rescue boat after they were picked up from an overcrowded dinghy in the Mediterranean Sea, en route to Italy, about 14 miles north of Sabratha, Libya, on July 28, 2016. Their mother died in Libya, after crossing the Sahara. © Santi Palacios
News
Exhibition - UNICEF
santi palacios
Sep 30, 2019
Nov 8, 2020