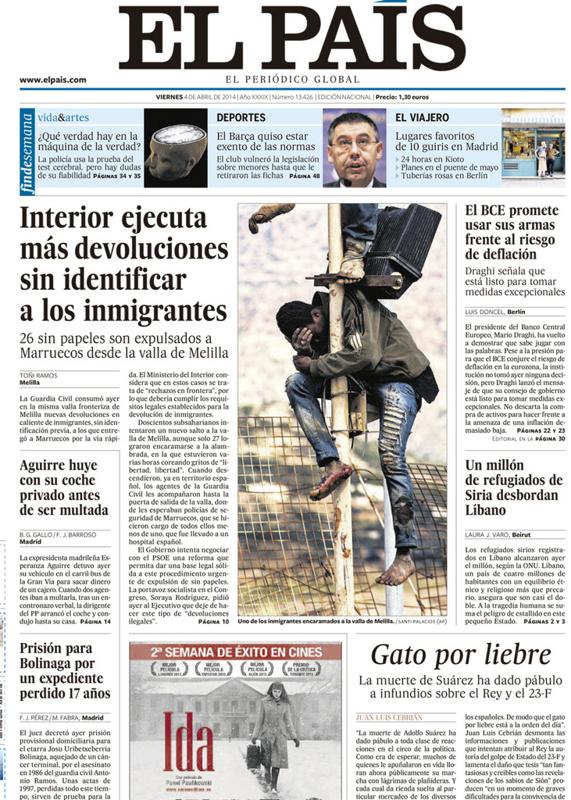 Caption: A sub-Saharan migrant sits on top of a pole set in a metallic fence that divides Morocco and the Spanish enclave of Melilla, Thursday, April 3, 2014. Thousands of sub-Saharan migrants seeking a better life in Europe are living illegally in Morocco and regularly try to enter Melilla in the hope of later making it to mainland Spain. European Union countries are immersed in a full-fledged migration crisis. With the EU lacking funds and resources, some officials are even floating the idea of a multinational border guard to deal with arrivals of hundreds of thousands from war-torn countries like Syria, poor African nations and non EU neighbours like Kosovo. (Santi Palacios for The Associated Press)