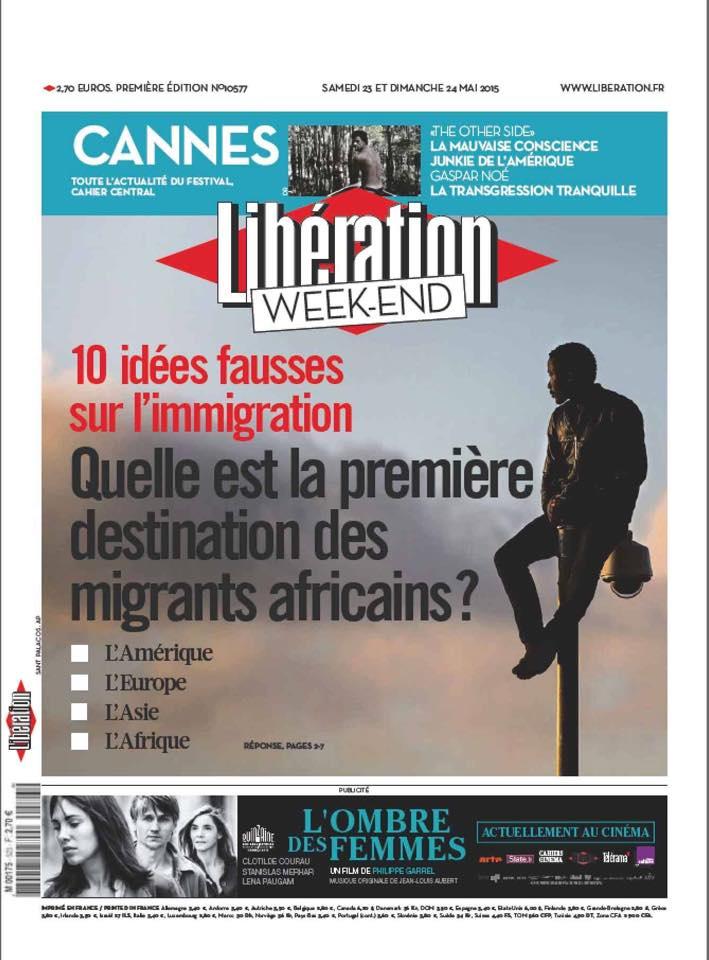 Caption: A sub-Saharan migrant sits on top of a pole set in a metallic fence that divides Morocco and the Spanish enclave of Melilla. He was pushedback to Morroco by the Spanish Guardia Civil after spending hours on top of that pole inside Spanish soil, Wednesday, May 28, 2014. More than 400 African migrants managed to jump the barbed-wire border fence in SpainÌs North African enclave of Melilla, hundreds of others were blocked and beaten back by Moroccan police while the rest were pushedback by the Spanish Guardia Civil. During the pre-dawn border storming, cries of pain and noises of people being hit could be heard as police from both sides tried to prevent dozens of the sub-Saharan migrants from entering the city from Morocco. (Santi Palacios for The Associated Press)
News
Front page: Libération
santi palacios
May 23, 2015
Nov 8, 2020