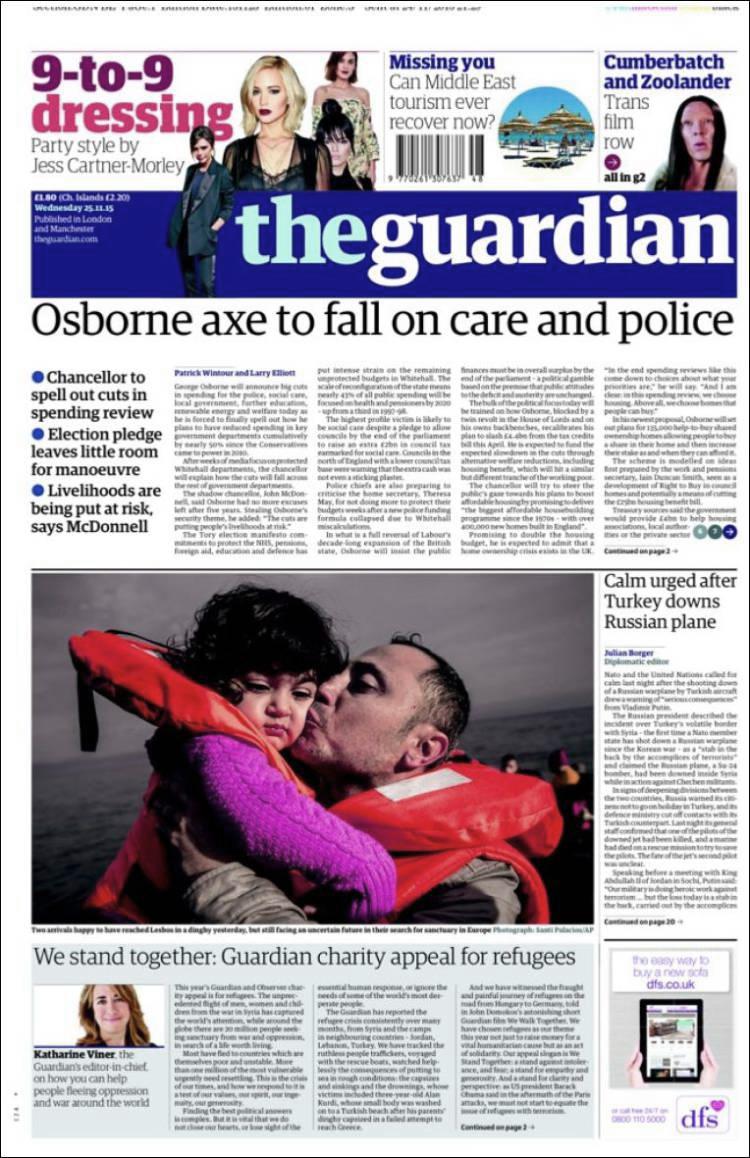 Caption: A man kisses his child on a beach after crossing the Aegean sea in a dinghy with other refugees and migrants from Turkey to the northeastern Greek island of Lesbos, on Tuesday, Nov. 24, 2015. Several European countries, including EU members Slovenia and Croatia and non-members Serbia and Macedonia, have declared they will only allow "war-zone refugees" from Afghanistan, Iraq and Syria to transit through their countries on their way to central and northern Europe. (Santi Palacios for The Associated Press)
News
Front page: The Guardian
santi palacios
Nov 25, 2015
Nov 8, 2020